According to provisional data, the natural population growth in the region in 2012 was 1,500 people. The number of births exceeded the number of deaths by 2.5%.

The average monthly wage in Sverdlovskaya region in 2012 was 25,023 roubles. 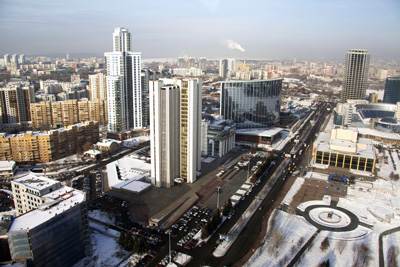 The capital – Yekaterinburg – is one of the five biggest megalopolises in Russia and confidently positions itself as the centre of the Eurasian area.

GEOGRAPHY: Sverdlovskaya region lies 2,000 kilometres east of Moscow, on the boundary between Europe and Asia, and has a favourable geographical location at the point where transcontinental flows of raw materials, goods and financial, labour and information resources intersect.

INVESTMENT POTENTIAL: Sverdlovskaya region is today a major economically developed area of Russia with a high level of business, cultural and social activity, one of the most promising areas of the Russian Federation. The region is demonstrating confident and stable economic growth, above the average for Russia.

Sverdlovskaya region is in the top ten regions of the Russian Federation in terms of the majority of the main socio-economic development indicators. 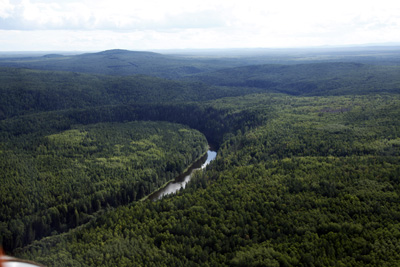 Sverdlovskaya region is creating the right conditions for innovative serial production and for strengthening the region’s position as a Russian leader in the field of high-tech and exhibition businesses. A special economic zone – Titanium Valley – was set up in Sverdlovskaya region at the end of 2010, the fourth in Russia. Industry-specific clusters are being created to produce oil and gas equipment, pharmaceutical products, medical equipment and chemical products.

Work is underway on creating the leading presentation venue in Sverdlovskaya region and in the Ural Federal District as a whole – the Ural international exhibition of industry and innovations, INNOPROM.

Construction of the most modern exhibition complex in Russia – Yekaterinburg EXPO, which will become a main venue for the biggest exhibitions and forums, both Russian and international – continues in Yekaterinburg. The first stage of the complex was handed over in June 2011. This was the venue for the INNOPROM exhibition of industry and innovations, which Yevgeny Kuyvashev, the Governor of Sverdlovskaya region, has proposed should give its name to the entire exhibition centre in the future.

In 2012 the INNOPROM exhibition was on from 12 to 15 July. The theme of the exhibition was “Technologies for People: Planning the future, building the future”. The INNOPROM forum and exhibition of industry and innovations has already been successfully held three times in Sverdlovskaya region. A number of fundamentally important cooperation agreements have been concluded during the forums, for example, one with the Agency for Strategic Initiatives.

The current exhibition and forum were identified with Yekaterinburg’s bid campaign to host the World Expo 2020. More than 80 companies, both Russian and foreign – from Turkey, Denmark, the Czech Republic, Belarus, Germany, Sweden and other states –  took part in the INNOPROM exhibition. The exhibition was visited by Dmitry Medvedev, Prime Minister of Russia.

Russia has nominated Yekaterinburg, the capital of the Ural region, as its official bidder to host World Expo 2020, which will have the slogan “The global mind: humanity in a universal dialogue”. The bid to hold Expo 2020 in Yekaterinburg has received full support and firm guarantees from the Russian government at all levels. Yekaterinburg is competing for the right to host Expo 2020 with Ayutthaya (Thailand), Dubai (UAE), Izmir (Turkey) and Sao Paulo (Brazil).

Total investment in the capital stock from all sources of financing in the second half of 2012 was 97.4% of the corresponding period of the previous year. 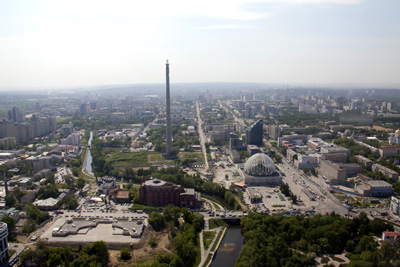 INTERNATIONAL ACTIVITY: Sverdlovskaya region has won prestige and recognition on the international stage. The capital of the Urals has been host to the summit of the Russian and German heads of state in 2003, the summit of heads of state of the SCO member states (the Shanghai Cooperation Organisation) and the BRIC countries (Brazil, Russia, India, China) in June 2009, and the Russian–German intergovernmental summit consultation and the 10th Petersburg Dialogue forum in July 2010. In 2011 the Second International Meeting of High Representatives on Security Issues took place in Yekaterinburg, with delegations from 52 countries, representing security councils, the staffs of presidents and heads of state, and also the UN, taking part.

More than 20 foreign missions are functioning in Sverdlovskaya region, including the Consulates-General of the USA, the United Kingdom, Germany, the Czech Republic, China, France, Hungary, Vietnam and Ukraine, and honorary consuls of Austria, Italy and the Republic of Korea. Official missions without diplomatic status are also operating: Czech Trade, an agency that supports Czech business, a correspondence office for the Italian Institute for Foreign Trade (ICE), the Netherlands Business Support Office (NBSO), and others. These organisations provide support to businesses from their countries when they enter the regional market. 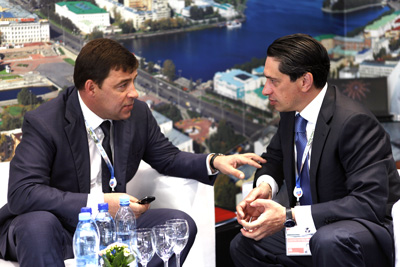 ECONOMY: Historically the main types of economic activity in which Sverdlovskaya region has specialised have been: ferrous and non-ferrous metallurgy, engineering and metal-working (including transport engineering) and electrical power. Sverdlovskaya region accounts for about 40% of Russia’s locomotive production. Manufacturing of electronic and optical equipment is developing, and increasingly extensive use is being made of the potential of telecommunications, communications systems, etc.

Many major companies are operating in Sverdlovskaya region, with brands that are known throughout the world, such as EVRAZ Group, the biggest producer of steel and rolled steel, the SUAL Group, the Ural Mining and Metallurgical Company (UMMC), Uralmashzavod, which is part of the OMZ Group, TMK, UralVagonZavod, Urals Optical & Mechanical Plant, Kalinin Machine Plant, Uraltransmash, NPO Avtomatiki, and other companies.

In 2012 the turnover of organisations (the value of domestically produced goods dispatched, made with their own workforce and services, and also revenue from the sale of previously acquired goods) was 3,843.1 billion roubles and increased by 16.2% in comparison with 2011 in effective prices. 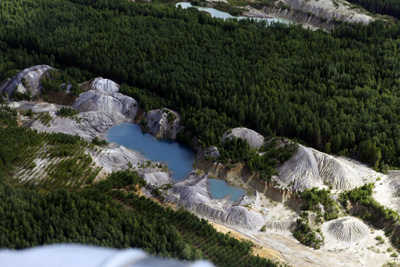 The Government of Sverdlovskaya region works constantly to create the image of an area with a favourable investment climate, and a most important component in this is creating market infrastructure institutions.

The result of this work is that such major international retail chains as IKEA, Auchan, Metro, OBI and Ramstore have opened retail complexes in the region. The Rezidor SAS, Hyatt and Accor hotel companies have opened modern hotels.

In 2012 retail trade turnover was 858.8 billion roubles, which in comparable prices is 6.4% higher than in 2011. By this measure Sverdlovskaya region comes third in Russia after Moscow and the Moscow region. 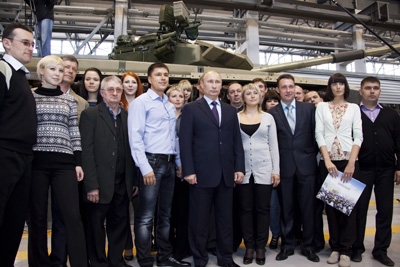 SCIENTIFIC POTENTIAL: Industrial science in Sverdlovskaya region is represented by 92 industry-specific scientific research and design institutes, employing 17,000 people. Academic science is represented by 22 institutes of the Ural division of the Russian Academy of Sciences. There are 32 higher education establishments in the region, and more than 160 large and medium innovative industrial enterprises. More than 30,000 people are employed in scientific research and development.